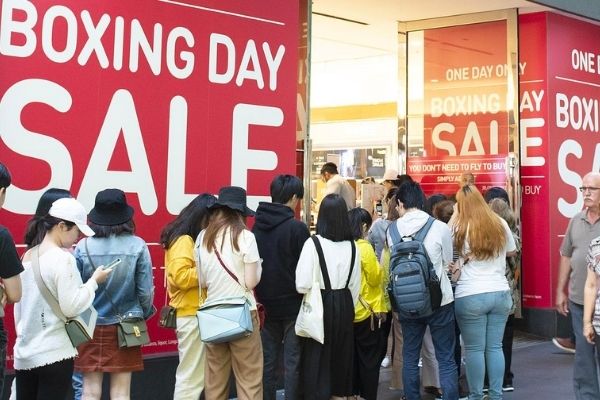 The girls all get prettier at closing time.

At least according to American country music artist Mickey Gilley in his 1976 hit. As opportunities, and the items they present, become scarcer, they are perceived as more valuable.

And people want them more.

No one wants to feel left out, especially if a good deal is up for grabs. But there’s more to scarcity and FOMO than great deals.

Listen to my latest podcast to get more scarcity into your marketing.

The girls all get prettier at closing time.

At least according to American country music artist Mickey Gilley in his 1976 hit. As opportunities, and the items they present, become scarcer, they are perceived as more valuable.

This principle accounts for studies showing that:

Scarcity marketing is the idea of limiting the supply of a product, whether it be through restricting availability to a certain timeframe or decreasing production—oftentimes both.

The principle is sound—we all want what we can’t have and love to flaunt when we have something others don’t. Scarcity marketing takes advantage of this desire, creating demand through mystique and enticement. It’s an excellent way to ensure that a product is swept off the shelves with the hype that every brand wants to create.

We tend to associate limited availability with exclusivity.

If things are difficult to get, we know it’s because they’re better than the things we already have.

As such, consumers use an item’s availability to decide on the quality of the product.

People don’t think about the fact that it’s a psychological reaction that’s causing us to want something. We know we want it. And because we need to make sense of this feeling, we assign the item positive qualities to justify our desire.

In his book, Influence: The Psychology of Persuasion, Robert Cialdini argues that the idea of potential loss plays a role in how we make decisions.

How often have you been more motivated by the prospect of losing something than gaining something of equal value?

More than a few times, right?

Take Black Friday as an example.

People wake up at inhuman hours. They get in line for hours in the freezing cold. Why? So they can get their hands on the new LEGO Star Wars set that’s on sale for $49.99 before it’s sold out. (I actually have no idea what Star Wars LEGOs cost so don’t take me up on this).

We know this phenomenon as the fear of missing out (FOMO).

68% of millennial consumers say they would buy something after experiencing FOMO, most often within 24 hours.

No one wants to feel left out, especially if a good deal is up for grabs. But there’s more to scarcity and FOMO than great deals.

Now that you know why you should use scarcity, let’s take a look at…

Use some of these strategies and focus on the exclusivity of your product. Get people to buy now instead of later (read: never) and watch your sales soar.