Using the Big Idea to Impact Your Markets 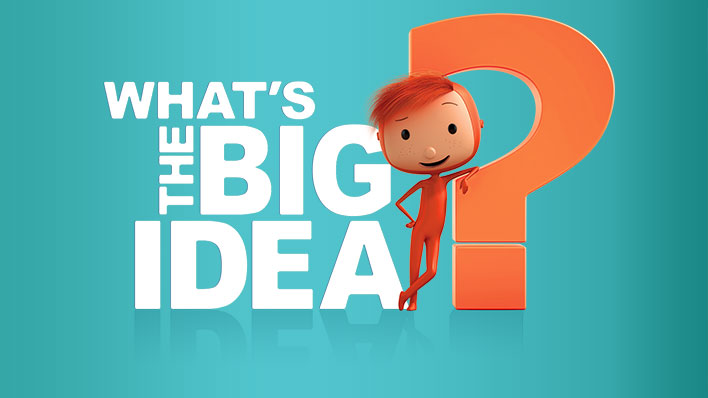 It’s easy to spot a big idea because it’s usually followed by the thought that it will never happen. In The Science of Getting Rich, published in 1910 (find the free e-book online), Wallace Wattles examines what separates those who make it big from those who always seem to fall short of their goals. According to Wattles, one of the key strategies that wealthy entrepreneurs use is a Thought in Formless Substance—otherwise known as the big idea.

It’s easy to spot a big idea because it’s usually followed by the thought that it will never happen.

In The Science of Getting Rich, published in 1910 (find the free e-book online), Wallace Wattles examines what separates those who make it big from those who always seem to fall short of their goals.

According to Wattles, one of the key strategies that wealthy entrepreneurs use is a Thought in Formless Substance—otherwise known as the big idea.

Imagine driving down a street with undeveloped bush on one side of the road and thinking that it would be a great place to build a convention centre for your growing metropolitan area.

Most people who have that idea would just keep on driving because the idea is too big for them to handle.

Wealthy entrepreneurs, however, are not scared of the big idea; they even welcome not having the answers up front.

Instead, they keep that idea in their conscious mind, constantly thinking about it, which in turn leads to creative ideas on what the convention centre might look like. Then they launch into the next steps—an architect, investors, contractors—until one day, their big idea, the Thought in Formless Substance, takes shape and opens as a brand new convention centre.

As a Sales and marketing Strategist, I assure you that this concept of the big idea is critical to sales, leadership, and IMPACT!

If you want to IMPACT! your markets and grow your business significantly, you need a big idea.

Because just selling or marketing features and benefits is a transactional game that leads to discounted pricing.

If you visit my website and go petergianoli.com and go to the resources section or my blog posts you will be able to get a worksheet on deriving your big idea and a lot more information but let’s look at a case study  of a big idea  specifically for a specialty chemicals manufacturer selling a reagent that cut the cost of mining copper in half.

Initially, the product itself was the big idea; it took the industry by storm when it launched. But like any unique offering, the competition sees the value, creates their own version, and before you know it, the originator’s market share starts to erode.

Then it’s time for a new big idea!

In this case, the big idea was for the client to create a trademarked Minesite Services Program that put a man on site who helped with production issues and productivity.

This program was so popular with the largest consumer of this product that when the bid came out, it called for a Minesite Services Program.

The other vendors many of them multinationals had no idea of what this actually was, and it motivated my client’s customer to throw out the bid and negotiate a 10-year $200M agreement—the first of its kind in a traditional transactional bid market.

I promise you that big ideas are meant for implementation.

So to help you, here are five tips for creating your own big idea to Impact your markets and achieve exponential results:

Some call this tactic fake it ‘til you make it.

I’d rather call it giving yourself the peace of mind that as long as you are committed to the end result, you will ultimately succeed in delivering on the promise.

The issue is your commitment to making it happen, even when it hasn’t been done before.

Trust me this is what people will pay the big bucks for: new ideas and a new way of doing something.

Do you have what it takes to come up with the next BIG IDEA and bring it to your customer or market?

It can come fairly easy once you have the right conversation with your customers.

Drop me a note peter@dmanagement.com.au if you need help achieving exponential results.