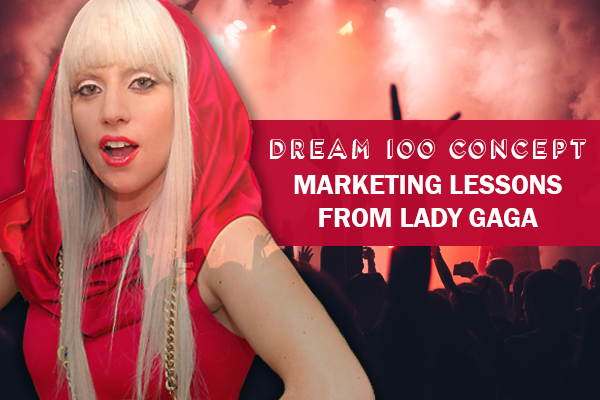 Allow me to introduce you to The Dream 100. It is an unbelievably powerful concept. If you apply it to your business or something you are looking to influence, you can get fantastic results.

To move your clients or the people you are trying to influence along a continuum.

The Dream 100 Back Story

Chet Holmes first introduced it in his book called “The Ultimate Sales Machine” (well worth reading). In it, he describes how he was able to double a magazine’s ad sales three years in a row using a technique he called the “Dream 100 Effort.”

He realised that out of the magazine’s database of advertisers. Only 167 companies bought 95% of the advertising in the top four magazines in their market — yet none of those companies was advertising with his magazine at the time.

He started a relationship-building campaign with these advertisers. Within a year, he was able to get 30 of them to start buying ads in his magazine. By the end of the third year, all 167 companies were buying ads in the magazine.

So, the Dream 100 is a mindset and a set of steps that anyone can follow to grow their business. You can use it to target your ideal customers, to identify media outlets and influencers. Who can give exposure to your brand, or you can use it to help you find partners or people to work with – who will sell your products and services for you. The possibilities are endless!

I have used it for premium apartment sales. Where I actually made a list of the most likely buyers who had $4+ million to spend and then set about finding how I could get to them.

Remember, the secret to the Dream 100 is to play the long game – getting, in this case, to have the people say:

So, I needed to find people or businesses I could collaborate with who already deal with these people but are not in conflict with my project. Groups like the AMA or the ADA, Luxury watch retailers, fine art galleries, luxury car dealers, high-end yacht clubs, and boat dealers – you get the picture.

Having identified the people to collaborate with, you need to work on a win/ win strategy to build relationships and ultimately launch your campaign. In the luxury apartment project that I talked about, I had to devise different strategies for each partner. But, hey, in my market, $4million plus buyers don’t grow on trees!!

Dream 100 isn’t an easy strategy. It certainly isn’t a lazy person strategy, but being correctly executed is well worth the effort.

Remember the identifying the Dream 100 is a great first start – but it really is the tip of the strategy.

Most people – don’t go the extra step and don’t have a solid strategy to get in front of their dream clients. Other than cold calling and cold emailing. They don’t obtain dream clients coming to them through their typical marketing campaigns.

I have been able to use the Dream 100 strategy for countless businesses. Helping my clients to first identify their dream clients. Providing them a plan or, in most cases, strategies to connect with their dream clients. While showing up with credibility or authority, ensuring a command of respect is in place before that first touch-point.

This is a highly effective combination, one that has created fantastic results for many of my clients.

Another way to use The Dream 100 strategy is to target influencers. A hundred people who are influencers (e.g., list owners, podcasters, bloggers, and social media influencers) who already have your dream customers in their following…

What you want to do is identify who these influencers are and aggressively market to them so that they might promote you or your offering to their audiences.

Then you have to devise a strategy on how you are going to go about contacting everybody.

Last night, I watched the Lady Gaga documentary. It was about her record release named “Joanne” and the frantic few weeks she had promoting and launching the album – in truth, it was just a mega Dream 100. It has chartered her course leading up to this successful album release.

Obviously, if you are Lady Gaga, you don’t want to launch an album that sits on number 50 or 40 on the charts. It has to be number one on the chart from day one.

So, how did they do it? They went out and executed the mega dream 100. In her case, they created a buzz for the right people at the right time. She was determined to get to the music editor of the New York Times. She appeared on all the suitable radio stations. She did all the talk shows on tv. Plus, she used her enormous fan base to keep promoting her album.

She put the dream 100 concept in place, first and foremost, starting with how did she create buzz? She made behind the scene episodes of her writing and recording the songs on her album. She gave the rough copies of her songs in advance to the right journalists. Then, she talked about what were the inspirations of her songs. She leaked out some of these rough copies to some of her fans. Telling them why she wrote the songs and asked them what do they think about it? All these got the buzz going.

As it got closer to the time for the album launch. Lady Gaga started doing the higher-end appearances. She performed live at the Tony Bennett birthday commemoration. It was a prestigious event because, of course, it was Tony Bennett’s birthday. Automatically guarantees to attract media attention from around the world. She performed unbelievably well!

Once, it was about time to release her album. Then she appeared on radio stations and tv talk show from one to another. Again and again, she did all that. She even dropped into record stores and did fan signings. She also created social media videos of her in these records stores doing the fan signings. She appeared on balconies all over New York, which all created buzz and got media attention from all around the globe. She flew from country to country on her private jet doing these things again. Then the ultimate happened, she performed halftime at the super bowl. That coincidently was the day before her album release.

Add all these things together, all focusing on the Dream 100 concept. The album debut is obviously number one on the billboard 200. Sold over 200 thousand albums on the day of release. Marvelously garnering 95 million US dollars sales! That is the Lady Gaga story.

How can you use these same attributes and techniques in your business?

It can be done. It all starts with identifying the Dream 100 that you need to impact. Then put a plan in place to incrementally move people from one step at a time. Not just going straight for the sales. Move them incrementally from point one to point two to point three and finally point four and make your sale.

Go on and become Lady Gaga overnight! I dare you.